Evolution Digital is a major player in the organisation of eCommerce eXpo Ireland, a 1 day learning event aimed at teaching attendees how to take their ecommerce brand to the next level.

The idea of the event came to life when a few thought leaders heavily involved in the Ecommerce industry got together, and discussed the lack of knowledge when it came to ecommerce in Ireland. As of today, the ecommerce potential in Ireland has only grazed the surface, and we aim to show people how get a piece of the ecommerce pie.

Here are a few key facts and figures for Irish Ecommerce: 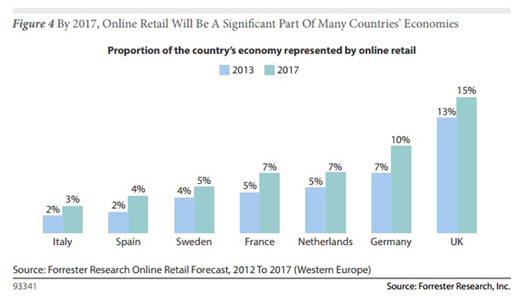 These outstanding figures clearly tell us that the Irish are not averse to adopting new technologies, and are ready to embrace Ecommerce.

Our first event, in October 2014, was hugely successful and got great reviews from attendees, stating that the 1 day focused event allowed them to gain valuable insider knowledge, from successful names in the Irish Ecommerce business such as schoolbooks.ie, or micksgarage.com. 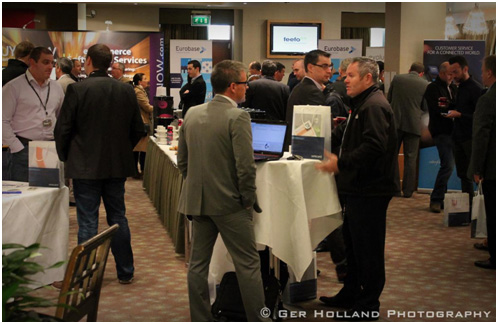 Here are some of the reviews:

“Very informative day. Got some great ideas that will hopefully help with our ecommerce site”

“I thought the event was excellent. The short bursts of speakers kept everyone’s interest high and the broad range of topics helped too. I feel that with an audience of retailers, they needed to see the value in a day away from the business and I think this was achieved fantastically by your team. It was a hugely worthwhile trip, on both information and networking aspect. I look forward to the next one!”

“The one on ones were great. Everyone was so helpful for start-ups”

The Expo is to be held at the Crowne Plaza, Santry on April 21st 2015, and is to include more speakers, more 1 on 1s and a third room where ecommerce workshops will be held by experts. The line-up of speakers include managers from Google, Arnotts, Lifestyle Sports, Eurobase, Taxback International, Buy4Now, Willows Consulting and of course Evolution Digital!

Speakers will cover a variety of topics including conversion optimisation and SEO for ecommerce, Enterprise Ecommerce and what it entails, fraud and security data protection, fulfilment services, shipping and warehousing, EU VAT liability and payment systems.

Attendees will also learn how to enter and handle international markets and how to choose the right ecommerce platform for your business.

Click here to buy your tickets for the expo. And just because we love you, use code EVOLUTIONDISCOUNT   before you click “ORDER NOW” to get %25 off your ticket (€50)!

Evolution Digital are an Online Marketing, Mobile Development and Web Design Company based in Dublin, Ireland. We design and develop innovative, search engine friendly and conversion driven websites and mobile applications for companies of all sizes.

Tips For Finding The Right Influencer For Your Brand. Posted 20 February 2020